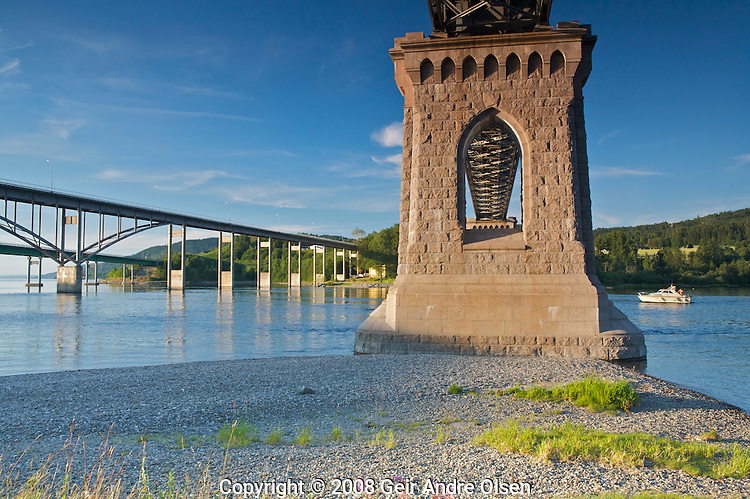 One of the bridge pillars of the old railway bridge over Minnesund, the outlet of Norway's largest lake, Mjøsa (Mjosa) built in 1879. The railroad connects the cities Hamar and Eidsvoll In the background are the old and new road bridge. The old bridge was built in 1959, and the new bridge which the highway E6 runs on was finished in time for the Lillehammer olympics in 1994.